The new-generation KTM RC 125 and RC 200 was recently spotted testing in the country. The spotted test mule features newly-designed headlamp with slightly larger fairing that seems inspired by KTM RC8 superbike. The revised windscreen enhances its aerodynamics and is likely to provide better wind protection. The 2021 KTM RC 200 gets twin-beam projector headlamp replacing the conventional halogen unit. The mirror-mounted LED turn indicators have also been shifted onto the fairing. 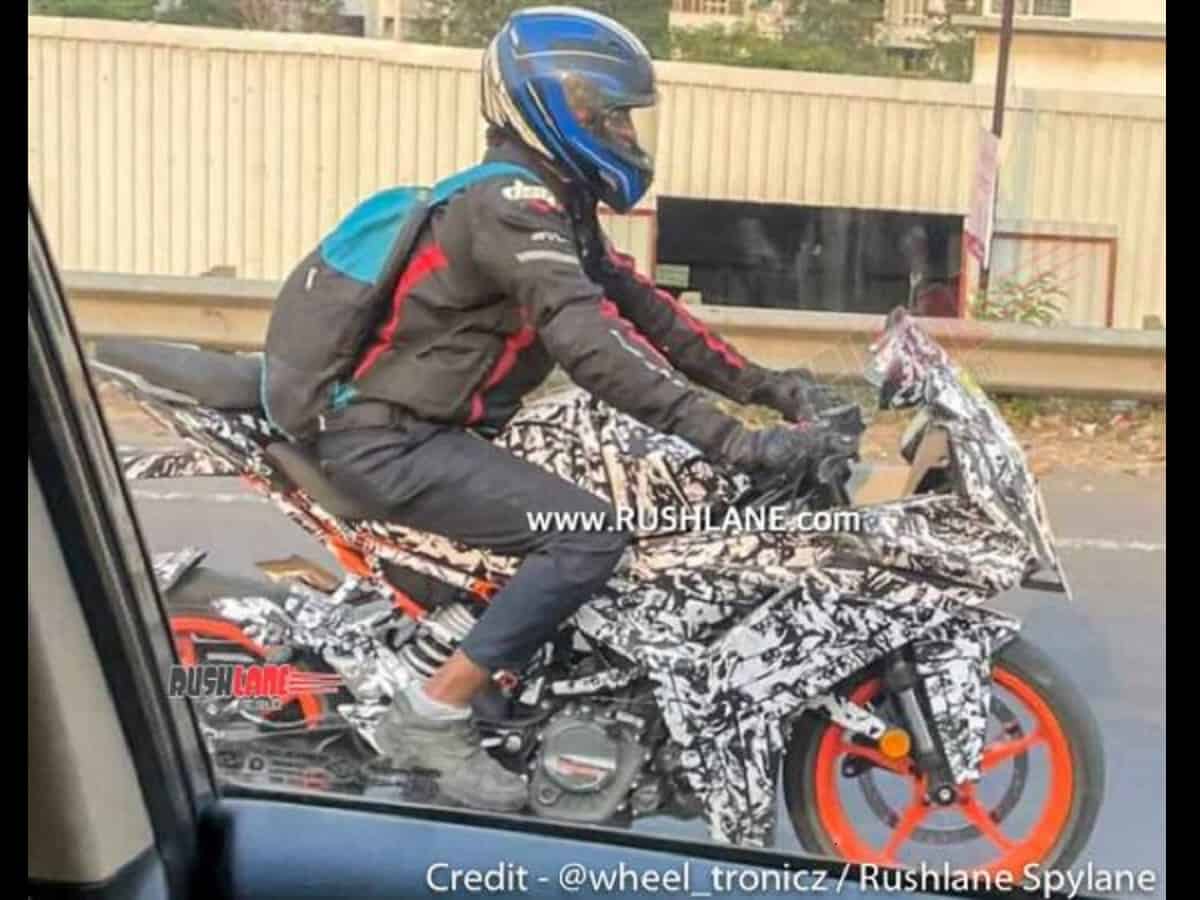 The panels, which are relatively more visible, look similar to the old model. You can also notice an underbelly exhaust ensuring the model has smaller displacement engine. While the tail section remains unchanged, the bike gets rear sub-frame. The previous spy images reveal that the bike will get new body graphics and stickers adding more to its new looks. It will also receive newly-designed pillion seat as we have seen in the Yamaha R15 V3.0. The 2021 KTM RC 200 will be fitted with a new set of five-spoke alloy wheels. The steering mount and fully-digital instrument console have a gap in between. This time around, the bikemaker might offer smartphone connectivity via Bluetooth. The front disc brake is likely to be mounted differently. Based on the trellis frame, the new-generation model will continue to feature the WP inverted telescopic front fork and monoshock rear suspension.

The 2021 KTM RC 125 and 200 are likely to come with the same powertrain that does duty in the existing models. The former will use the 125ccc, single-cylinder, liquid-cooled engine boosted with fuel injection technology. The motor pushes out a peak power of 14.5bhp and 12Nm of torque. The new KTM RC 200 will be powered by the 199.5cc, single-cylinder, liquid-cooled engine that’s good enough for 24.6bhp and 19.2Nm. Official launch date and details of the 2021 KTM RC 125 and RC 200 are yet to be revealed. Though, both models are likely to hit roads in the second half of this year.