The upcoming Hyundai i20 N Line has been spotted testing again in the national capital and Express Drives managed to get some shots of the hot-hatch this morning. In the pictures, only the side and rear profile of the car are visible. At the rear, one can see a diffuser-style bumper along with angular tail lamps and also twin-port exhaust set-up. The rear bumper also looks redesigned and a sportier side skirting is also visible. As a part of the N Line package, the Hyundai N Line gets dual-tone 17-inch alloy wheels and the same is expected to be offered on the India-spec model as well.

The said model is on sale in the global markets in four exterior colour options namely Aurora Grey, Phantom Black, Polar White, and Brass and some of these might be available with the India-spec model as well. The interiors of the Hyundai I20 N Line are not visible properly in the pictures but the cabin will largely remain the same as the standard model. However, for a sportier treatment, expect bits like red stitching on the seats, metal pedals and some additional elements. The upcoming India-spec Hyundai i20 N Line will draw power from a 1.0-litre turbo-petrol engine that is good for churning out 120 hp of power along with 172 Nm of torque. Transmission options might include a 6-speed iMT or a 7-speed DCT. 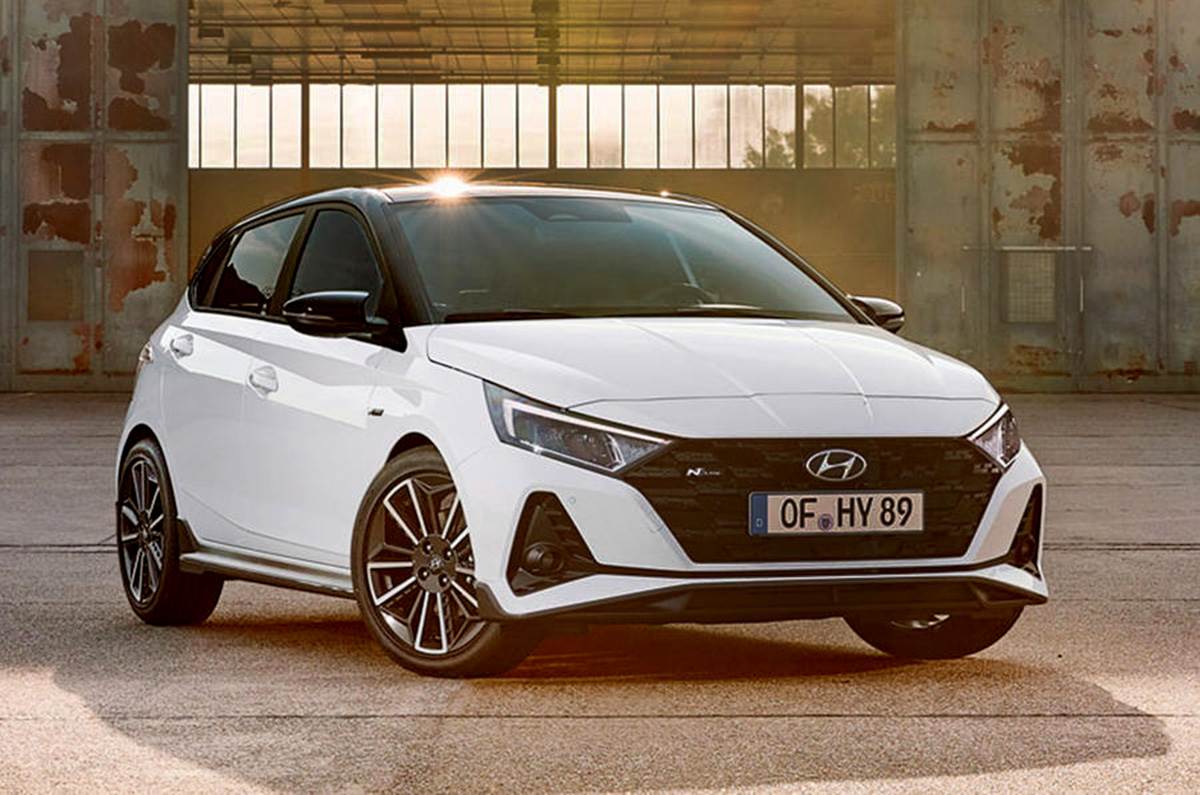 Needless to say, the car should have a sportier exhaust sound as well. In addition to the aforementioned changes, the i20 N Line is also likely to get a stiffer suspension set up for sportier ride quality. The said model will most likely be positioned at the top of the i20 line-up in India and is expected to be launched by the end of this year. Stay tuned with Express Drives for more updates and also, subscribe to our YouTube channel for the latest auto news and reviews.