We reported earlier that KTM is testing the new KTM RC 390 fully-faired motorcycle on foreign soil. The motorcycle has been caught several times in Europe undergoing road testing. For the first time, the new KTM RC 390 has been spotted testing in India. The new KTM RC 390 was spotted in Chakan Pune. The spotted model was fully uncovered; however, minimum covers under the rider seat and rear cowl are used. The motorcycle is finished in the glossy black color scheme. It features a side-mounted exhaust, which confirms that the spotted motorcycle is the RC 390. The smaller capacity KTM RC series are equipped with an underbelly exhaust unit. 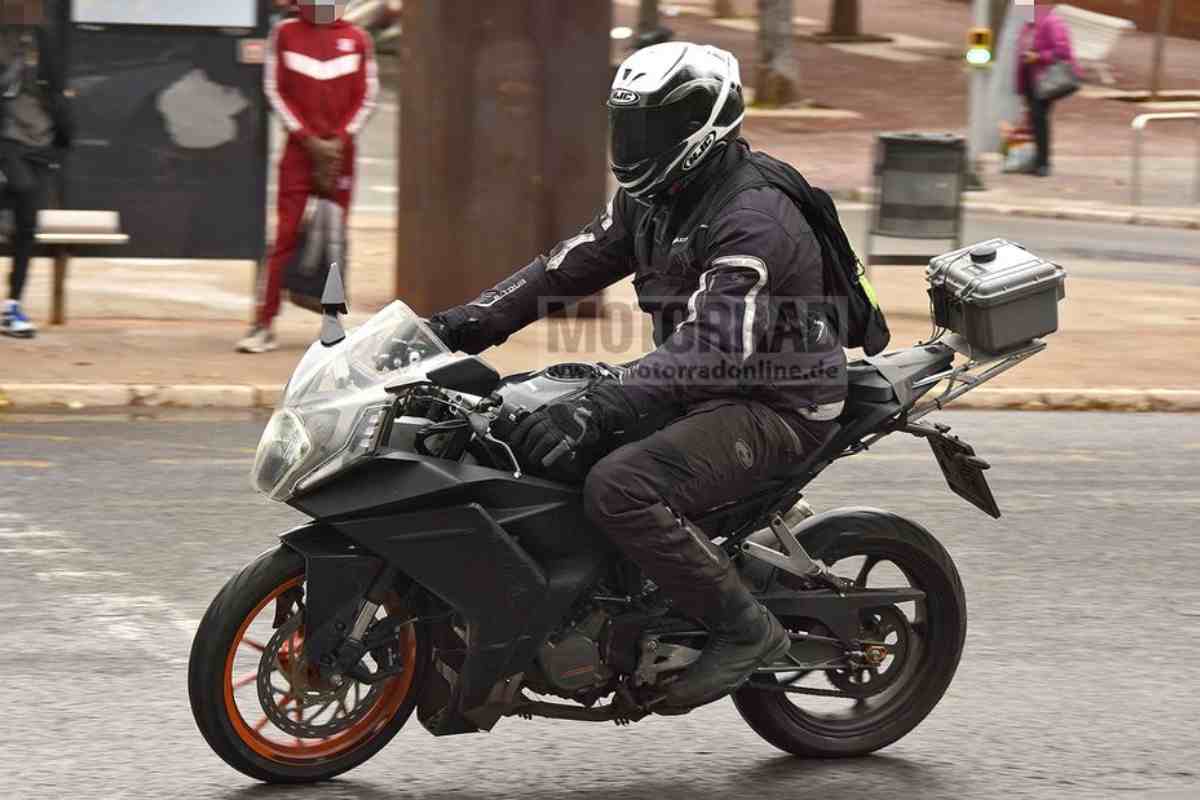 (Images are subject to copyright from respective owners.)

The new KTM RC 390 comes with an all-new front fascia, featuring a new single-piece LED projector headlamp. There will be LED DRLs (Daytime Running Lamps) on either side of the headlamp along with side turn indicators. The front fairing has been redesign, offering a sharper look. The structure of the fuel tank and the rider ergonomics have also been revised. The motorcycle features a new split seat setup, with a split-type pillion grab rail. The rear cowl is reportedly wider than the current model. The exhaust unit is altered and features a silver heat shield. It is based on a bold-on subframe, which we have seen in the 390 Duke. The motorcycle gets new alloy wheels, a new and bigger front rotor, and a revised taillight cluster. The new motorcycle is likely to get new clip-on handlebars, a new instrument console, and better tires.

The spotted model also gets a larger single-disc brake system to improve braking power on the front wheel. The 2021 KTM RC390 will receive the same 373cc single-cylinder engine that also powers the existing model. Previous spy images reveal that the bike has a bigger front silencer along with a bigger catalytic convertor. This engine is likely to offer the same 44bhp of power and 35Nm of torque.