Recently, the German carmaker unveiled its upcoming Volkswagen Taigun mid-size SUV for the Indian market. Slated to launch 2021 festive season, the model will be put up against the Kia Seltos and Hyundai Creta, which are currently dominating the segment. While its launch is a few months away, the carmaker continues to test the vehicle on Indian roads. The latest spy picture of the Taigun GT variant emerged on the web revealing its rear design.

Painted in White shade, the model features a ‘GT’ badge on the tailgate and LED taillamps with sporty black surround. A flashy chrome bar above the skid plate, body-coloured roof rails and black shark antenna are also visible. The production-ready Taigun retains most of its design elements from the concept that was previewed at the 2020 Auto Expo. Upfront, the SUV carries a large grille with chrome appliqué, LED headlamps with LED DRLs, a large air intake below the bumper and skid plate. It comes with 17-inch dual-tone alloy wheels. 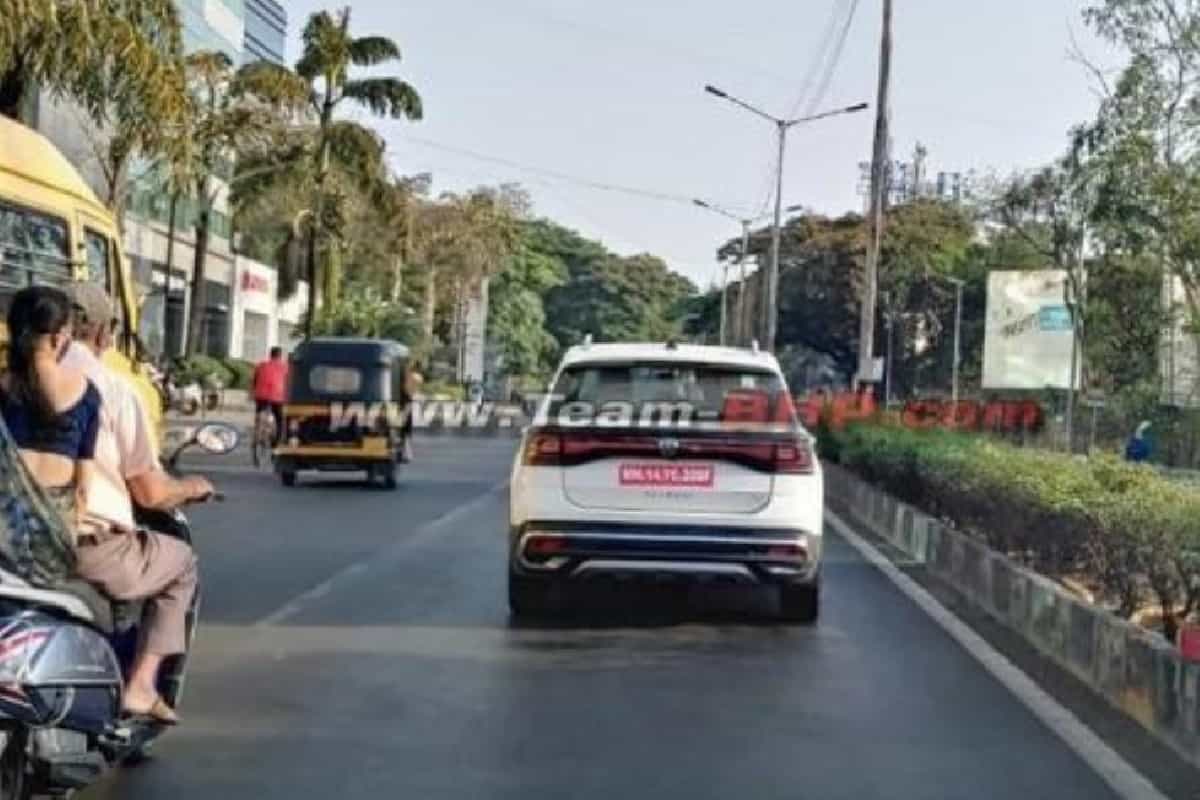 The Volkswagen Taigun is the brand’s first model to come under its India 2.0 project and underpin VW Group’s MQB A0 IN platform. The SUV measures 4.2 meters in length and sits on the segment’s largest wheelbase of 2651mm. Its arch rivals – Creta and Seltos – have a 2610mm long wheelbase. The upcoming Taigun will provide a cargo space of 385-litres. One can create more luggage space by folding the second row seat.