Volkswagen India will globally unveil Taigun SUV on March 31 and the launch is scheduled for the festive season, a top company official confirmed on Tuesday.
Based on the MQB AO IN platform, Taigun is set to be the first VW product under India 2.0 project. The SUV will be offered in two engine options: 1-litre and 1.5-litre turbo-petrol.

On the sidelines of the showcase of Taigun to media, Ashish Gupta, Brand Director, VW India, said, “It’s the beginning of a new chapter. We are consolidating our dealership network prior to the festive launch.”  Volkswagen Taigun and Skoda Kushaq are based on the same platform, will share the same engine-transmission and mechanicals. “Kushaq will be launched in market before Taigun and there will be a decent 2-3 months gap between the two products,” said Gupta. Taigun will be positioned under T-Roc and Tiguan AllSpace in the company’s portfolio. Much like Kushaq, VW is targeting close to 95 per cent localisation for Taigun.
Taigun and Kushaq enter a highly competitive SUV segment, which is filled with established players like Hyundai Creta, Kia Seltos, MG Hector and Tata Harrier. 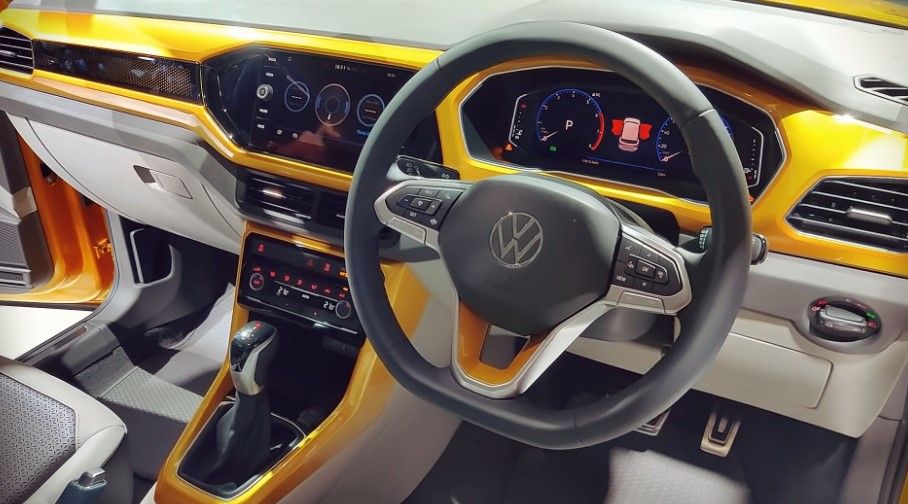 According to Gupta, Taigun will be a good choice for existing Polo and Vento customers who are aiming to upgrade their car. “Taigun will be high on practicality. The acclaimed TSI petrol engines will also excite the fun-to-drive factor in customers.”

The concept of Taigun was showcased alongside Skoda’s Vision In at the 2020 Auto Expo. The German brand has committed EUR 1 billion under India 2.0 project.