It is no secret that Jeep is developing a new sub-4 meter SUV, which will make global debut in 2022. Adding to it, the company is also developing a new 7-seater SUV based on the Compass SUV, and the next-gen Renegade SUV. A new media report claims that the upcoming Jeep sub-4 meter SUV could be the first model in its segment to feature an AWD system. We informed you earlier that the upcoming Jeep Compact SUV will be based on the Groupe PSA’s CMP (Common Modular Platform) platform, which will also underpin the upcoming Citroen C21. Not just platform, the upcoming Jeep SUV will source the engine options and other mechanical parts with the Citroen’s SUV. The SUV will be powered by a 1.2-litre turbocharged petrol engine with power output close to 130bhp. 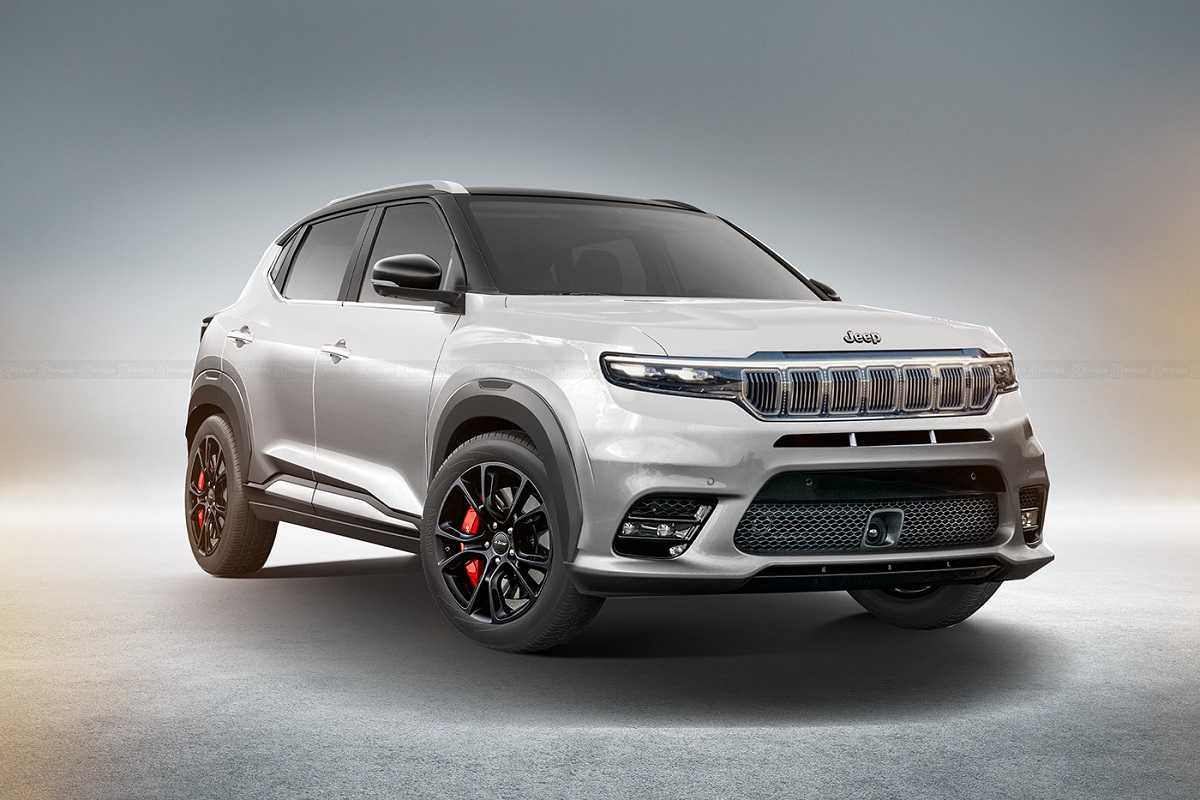 Jeep’s Global Head of Design, Ralph Gills also said that the compact SUV is most likely to feature an all-wheel-drive variant. This suggest that the SUV could receive a front-wheel-drive system as standard, while all-wheel-drive system will be offered on the special variant. It is expected that Jeep could opt at electrification for including AWD functionality in the SUV. This is most likely to be the same set-up, e-all-wheel drive system, which we have already seen on the European-spec Compass and the Renegade. This system replaces the mechanical 4×4 hardware with an e-motor. The Jeep Renegade 4XE and the Compass 4XE features the new 1.3L turbo-petrol engine that powers the front-wheels. An electric motor is mounted on the rear axle, which takes the total power to 190bhp or 240bhp. The upcoming Jeep baby SUV could use the same set-up using the 1.2L turbocharged petrol engine. This electrification technique will also help Jeep to meet the more stringent emission regulations set to come in from 2022.

The sub-4 meter Jeep SUV is expected to be introduced in the second half of 2021. The SUV will be positioned as a premium alternative to the likes of the Hyundai Venue, Mahindra XUV300, Kia Sonet, Tata Nexon, Ford EcoSport and the Maruti Vitara Brezza. Citroen will also introduce the C21 compact SUV, while Honda is also developing a new compact SUV, rumoured to be called the Honda ZR-V.