Codenamed KY, the new Kia MPV has recently been caught testing on the Indian roads. The new MPV will carry a crossover-ish profile with extended body to accommodate third-row of seats. It will measure close to 4.5 meters in length, which will position the MPV right between the Maruti Suzuki Ertiga and the Toyota Innova Crysta. 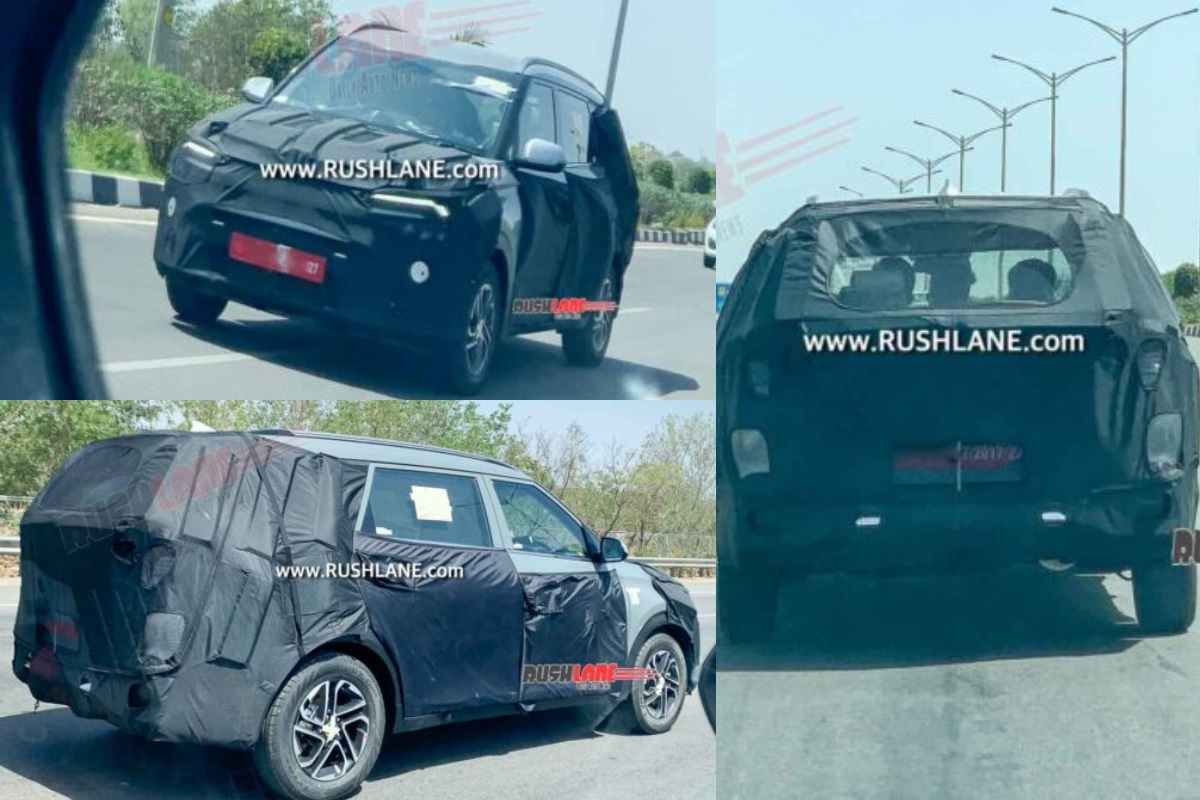 According to the leaked document, the new Kia KY 7-seater MPV will be launched in January 2022. We believe that the launch could take place at the 2022 Auto Expo, which is scheduled in February.

Kia Motors aims to sell around 50,000 units of the KY MPV in the Indian market annually, which is roughly around 4,000 units per month. The company will also export this MPV to select international markets including the Indonesia. Kia aims to export 26,000 units of the MPV annually. The MPV will be produced at the Kia’s manufacturing facility in Anantapur, Andhra Pradesh. 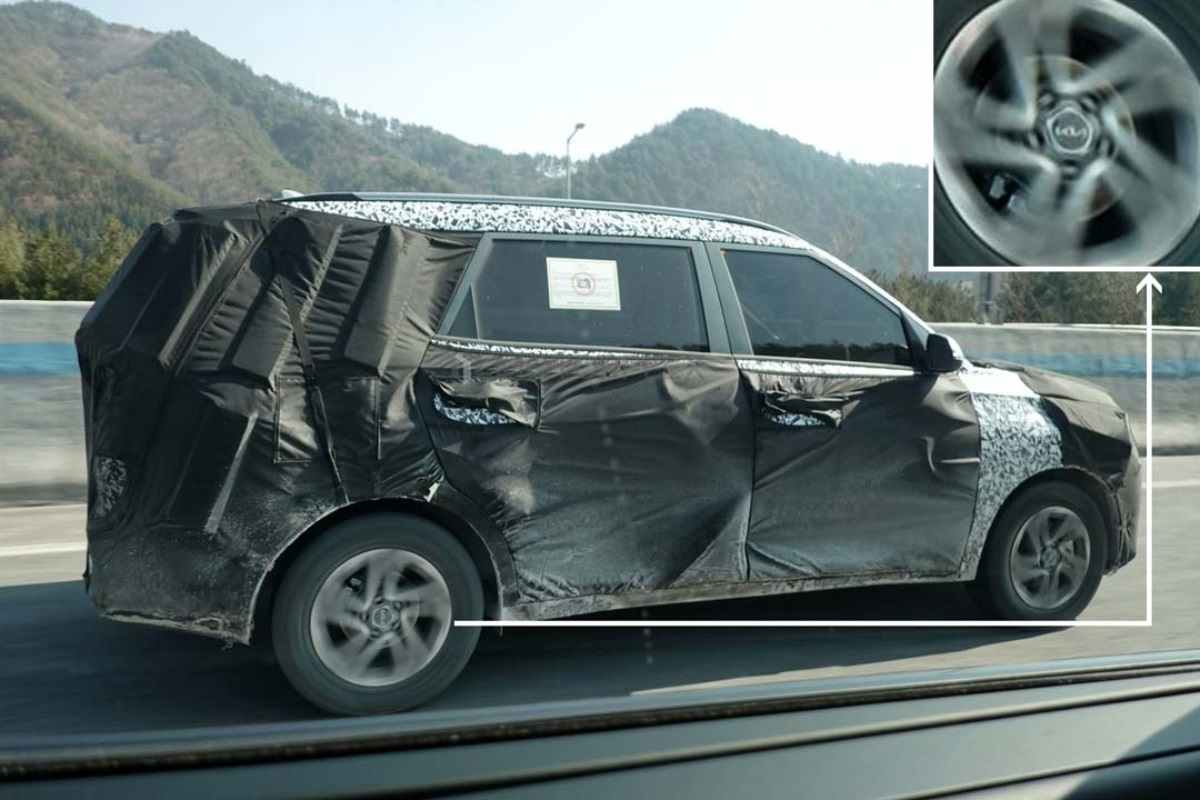 The new Kia KY MPV spy images show that the model is currently in early stages of development; however, it features a more crossover-ish profile than the conventional MPV-styling. The test mules were heavily camouflaged, revealing very limited information about the exterior styling. Like the new-gen Carnival, the new Kia KY MPV will have aggressive SUV-like design with MPV-like practicality.

The MPV is expected to feature LED lighting system – LED headlamps, turn indicators and tail-lamps. It will share some of the design bits from the Seltos SUV. The MPV will have floating roof, usable roof rail, dual-tone multi-spoke alloy wheels, and sharp fin antenna. The MPV is likely to be offered in 6-and 7-seat layouts. 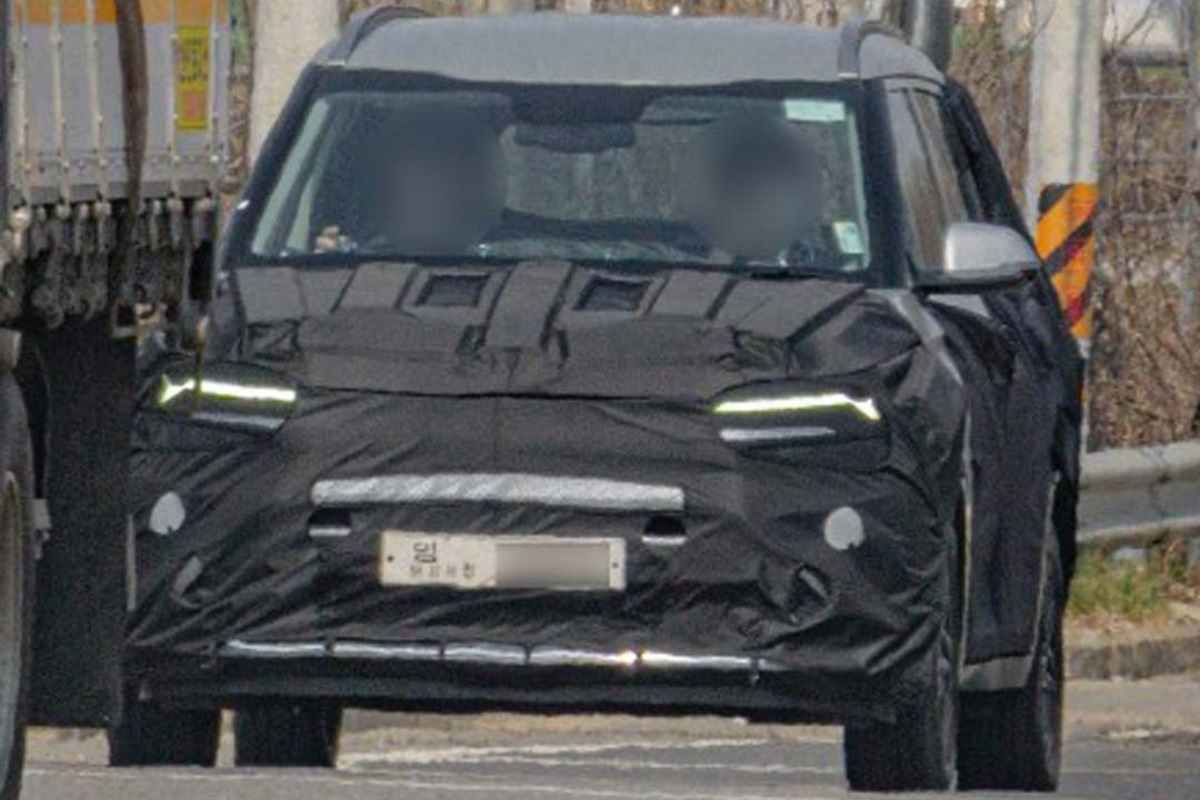 The MPV could also receive a 2.0-litre petrol engine that also powers the Elantra and the Tucson. This engine produces 152PS of power and 192Nm of torque. Both manual and automatic gearbox options will be on offer.