Details of Much Awaited Tata Safari Accessories are Finally Out! The new Safari is getting four new accessories pack which can be availed from any dealership across the country. Tata Motors launched the three-row Safari earlier this week. The SUV is offered in six variants, three exterior colors and an exclusive Adventure Persona Edition.

The Accomplished pack offers exterior add-ons such as dummy exhaust chrome, chrome inserts on the tailgate and rear bumper, mudflaps, bonnet mascot, and puddle lamps with the ‘T’ logo. On the inside, one gets an air purifier, scuff plates, sun shades, carpets, and neck rest / cushions with memory foam. The Accomplished Pro gets an extra set of goodies such as a wireless charger, underbody light, sidestep, front parking sensors, and rear-seat entertainment. 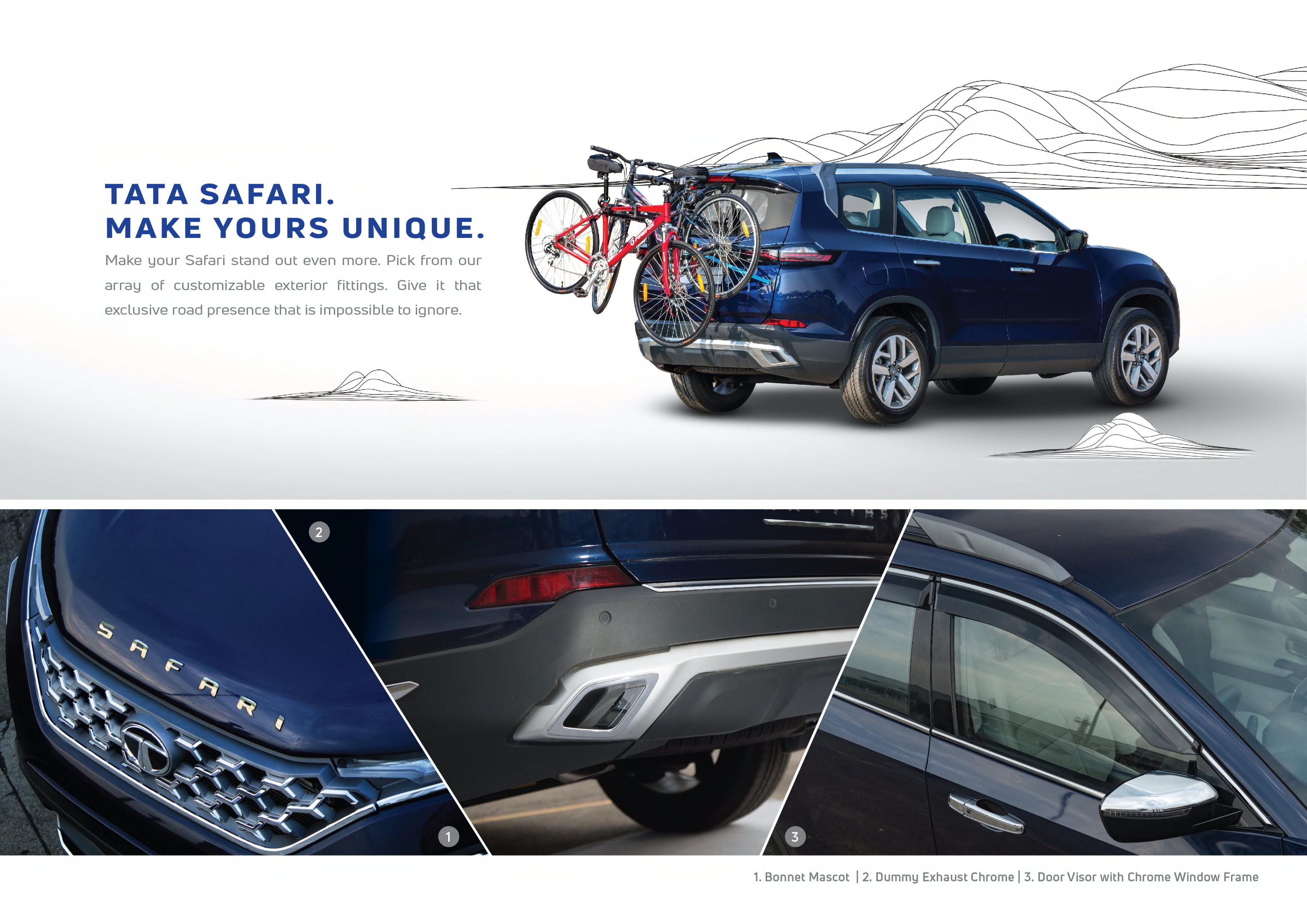 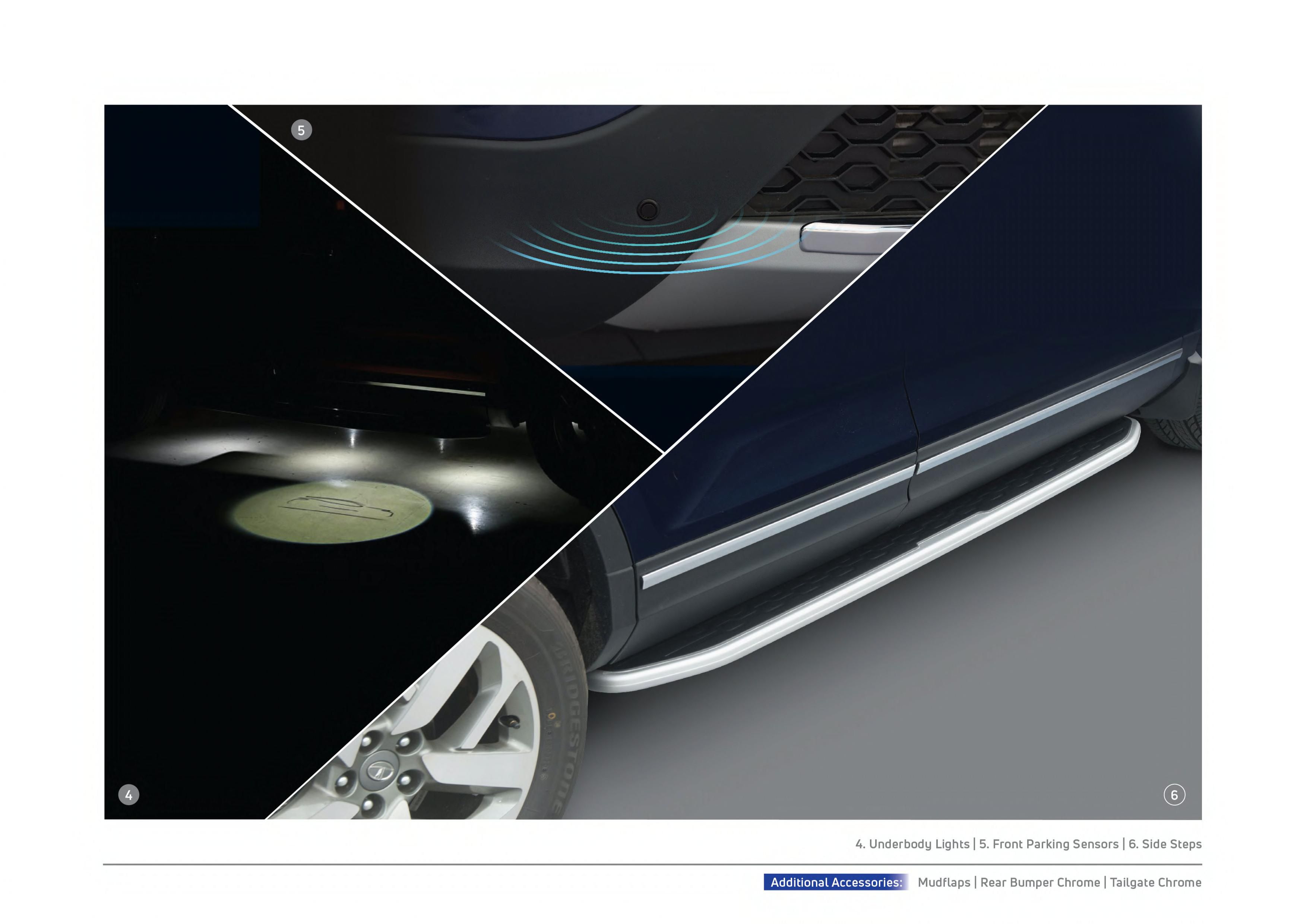 The Adventure pack comprises side steps, front sensors, bonnet scoop, 3D moulded mats, an air purifier, a back seat organiser, and a dashcam. The Adventure pro pack can be availed for the enthusiasts and offers a wheel step, cycle carrier, roof rack, jerry cans, and luggage bags for those family outings. 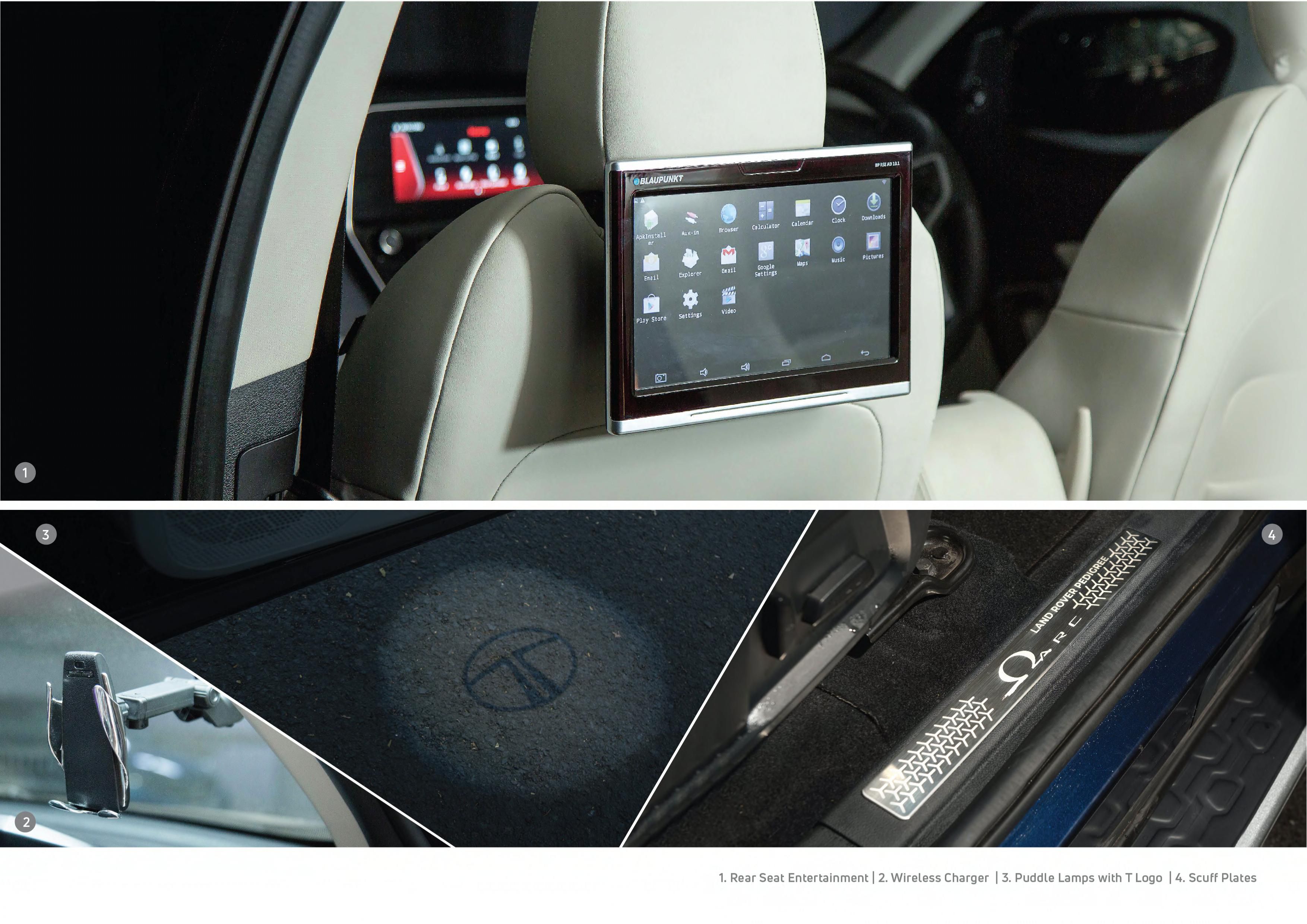 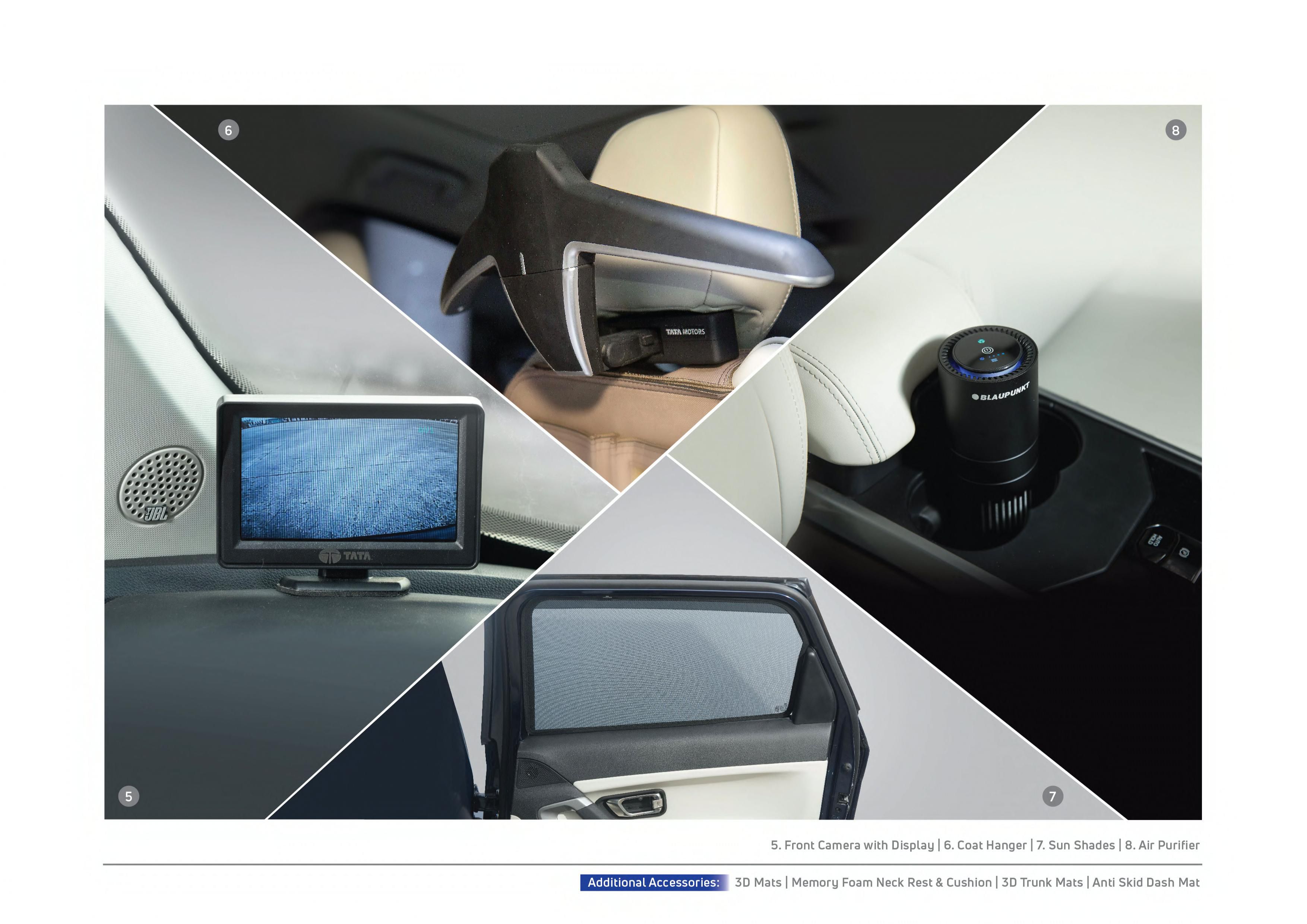 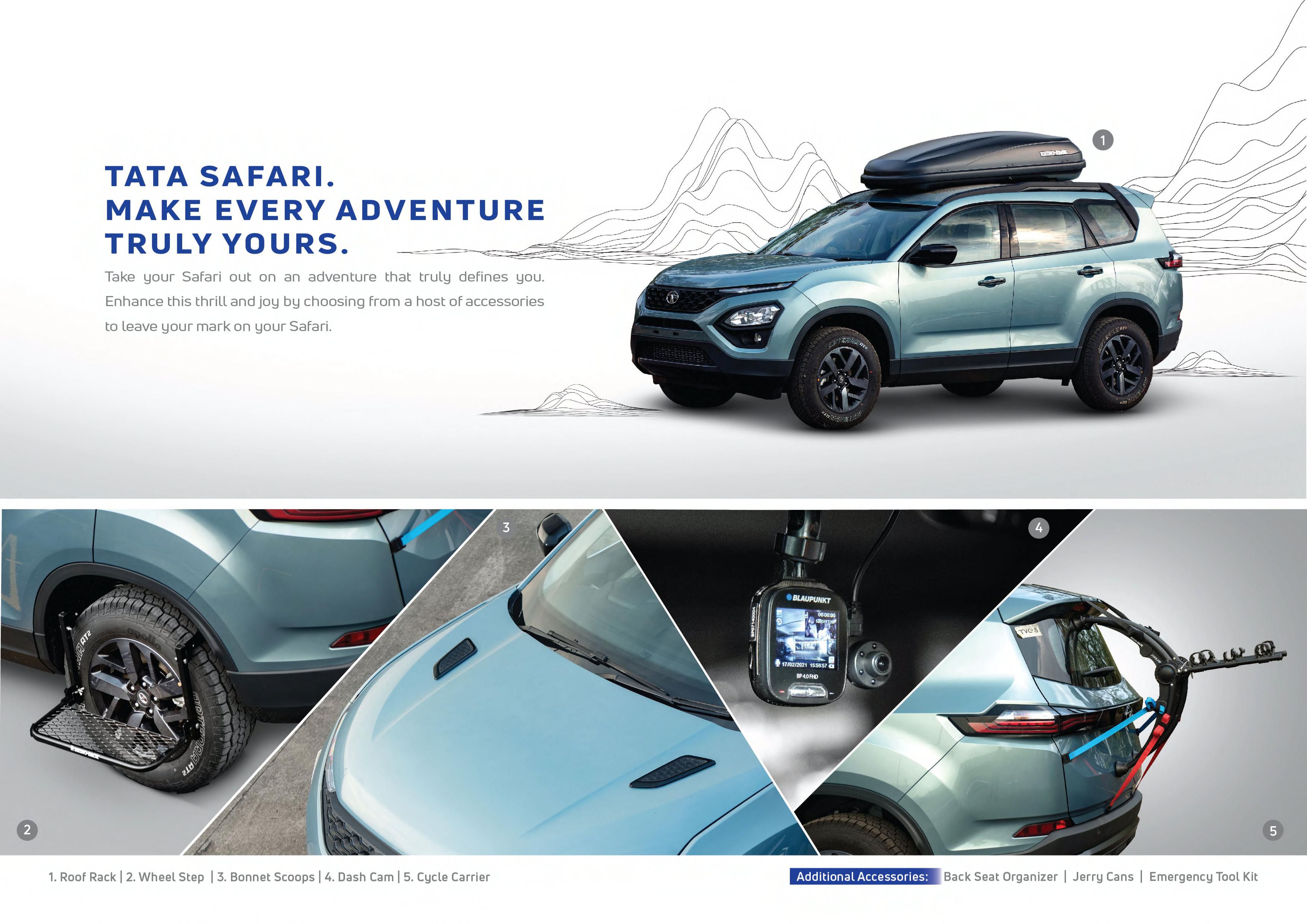 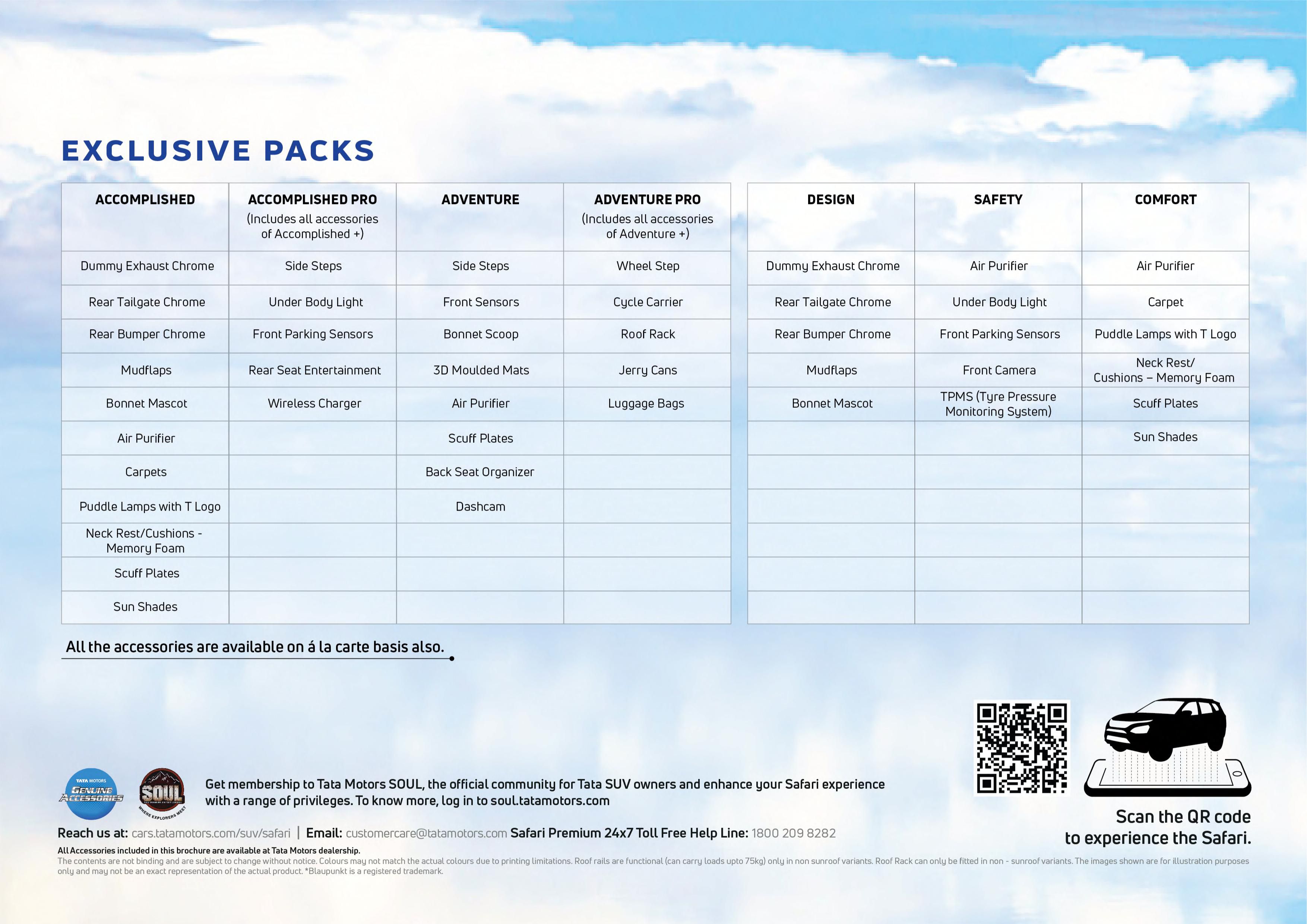