Alongside the new Rocket 3 R Black, Triumph has also pulled the wraps on another Rocket 3 based special edition. The Rocket 3 GT Triple Black like its R badged sibling builds on the GT’s touring-focused platform with some cosmetic tweaks. While Triumph has not specified when these two special editions will come to India, they have said that both bikes are expected to be made available this year. Like the 3 R Black, the Rocket 3 GT Triple black will also be limited to 1000 motorcycles worldwide. 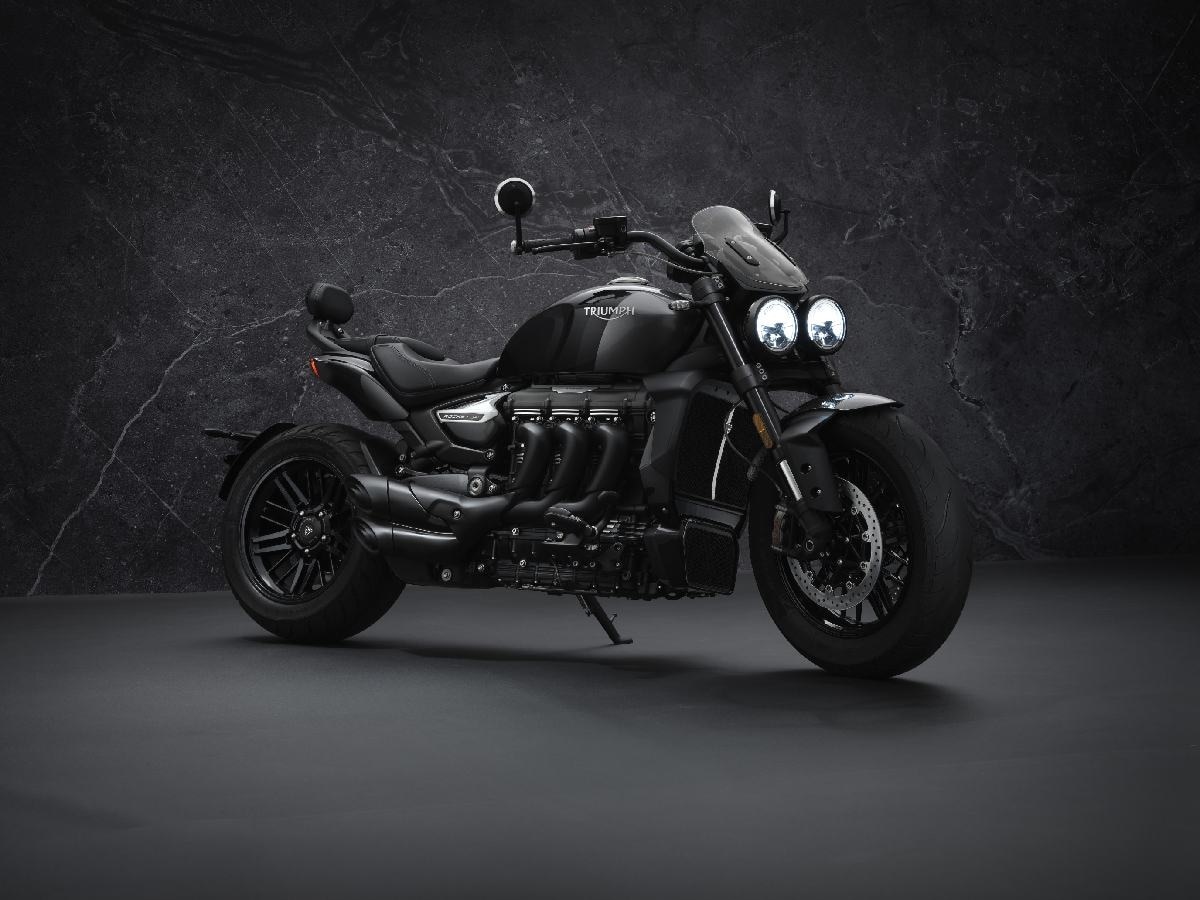 In terms of cosmetic updates, the Rocket 3 GT uses three grades of black paint and hence the Triple Black moniker. Like the 3 R, the GT also gets a carbon fiber mudguard as standard. The black-out treatment continues through a laundry list of parts on the Rocket 3 GT as well, including the black painted mudguard mounts, black painted headlight bezels, fly screen finishers, radiator cowls, and badging. Contributing to the new darker look and style are black anodized components, including fork lowers, yokes, risers, and handlebar clamps, rider footrests, brake and gear pedals, heel guards, and pillion footrests and hangers. The list of black anodized components continues with the rear frame forging, RSU rocker, swingarm guard, side stand, brake and clutch levers, and premium black anodized bar-end mirrors with machined detailing fitted as standard.

Mechanically, this special edition is identical to the standard Rocket 3 GT. This means that you get the same touring focused ergonomics and the 2500cc triple engine. This means that you still get the earth twisting 221Nm of Peak torque that kicks in as low as 3,000rpm, and 167bhp of peak power at 6,000rpm. Electronics and suspension packages as well are carried forward as is. 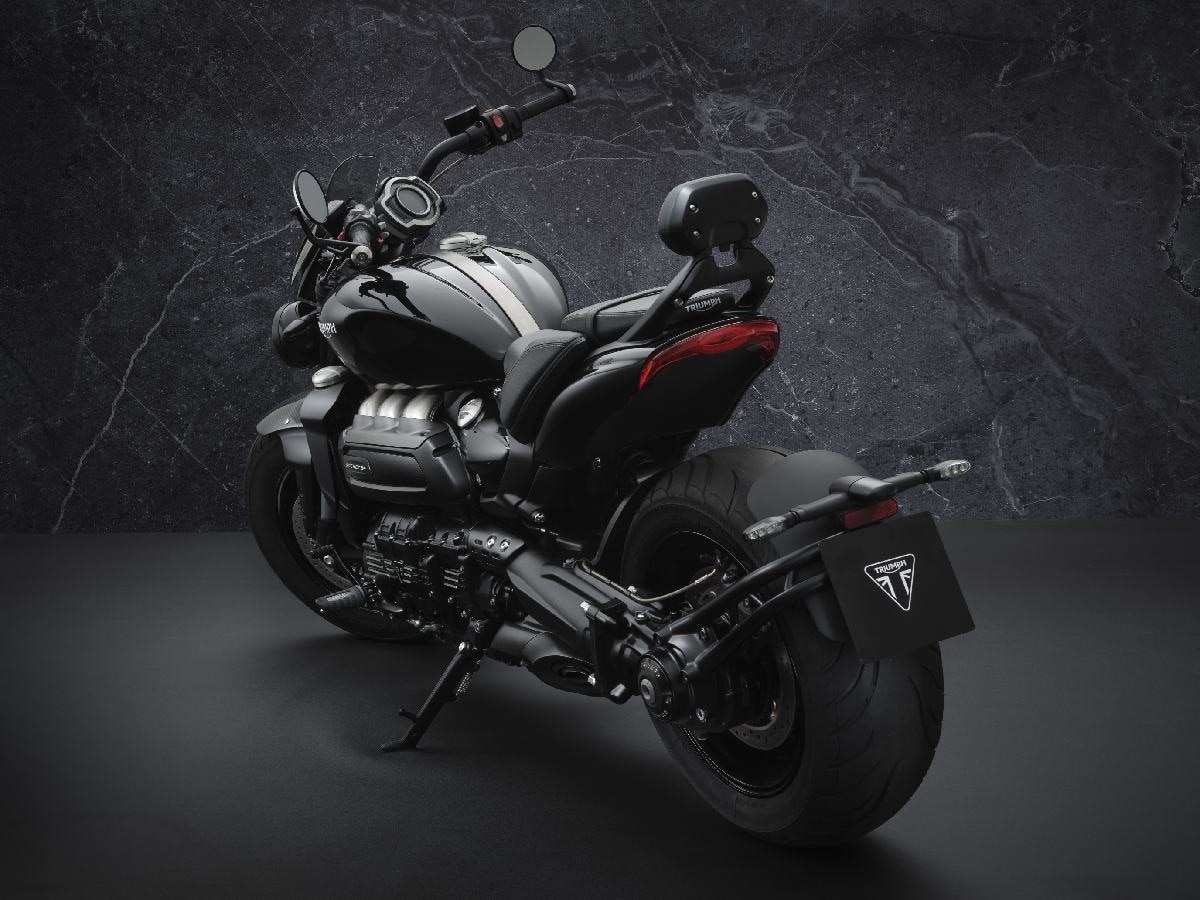 Triumph is expected to launch the new Rocket 3 GT in India, later this year. Although Triumph has yet to specify exactly how much it will cost and how many motorcycles have been earmarked for India, we can expect to see a considerable premium of the Triumph Rocket 3 GTs 18.40 lakh price tag.