Hyundai has released the first official design sketches of the upcoming Alcazar SUV with 3 rows of seats.

While the Alcazar shares its underpinnings with the Creta, it gets a redesigned exterior. The SUV has a different rear end with U-shaped tail lamps and a silver skid plate. It also has flared wheel arches.

The car gets a dual-tone dashboard that looks similar to that of the Creta. But, unlike the 5-seater crossover, the Alcazar has 3-rows of seats with separate captain seats in the second row. 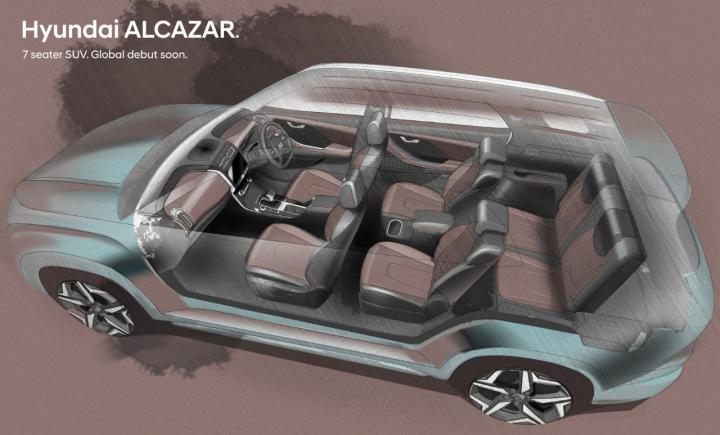 The Alcazar could be offered with the same engine options as the Creta. These include 1.5-litre petrol and diesel engines along with a 1.4-litre turbo petrol engine. Transmission options are expected to include a 6-speed manual, 6-speed torque converter automatic, CVT and a 7-speed DCT, which will be only offered with the turbo-petrol engine. 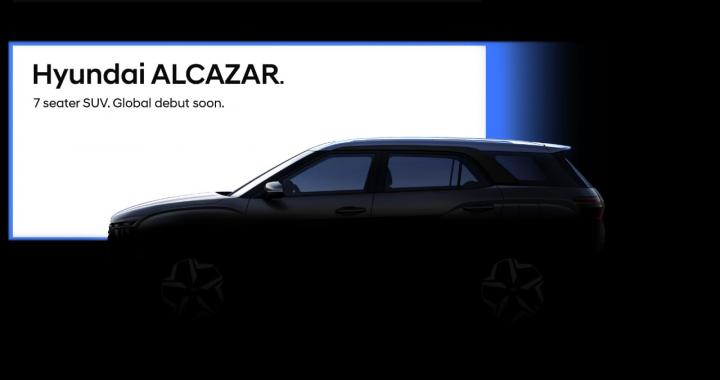 The Alacazar is likely to be showcased on April 6, 2021, in Rajasthan.