ata Motors had launched the Altroz premium hatchback in 2020. The hatchback has received an overwhelming response from buyers, as it is currently one of the best-selling Tata cars in India. The hatchback rivals the Maruti Baleno, Hyundai i20, Honda Jazz and the Volkswagen Polo.

We reported earlier that Tata Motors is planning to enter into new segments including MPVs and small SUVs. A new digital rendering of an MPV based on the Altroz premium hatchback has been released by a digital artist – Binny Zacharia. The Altroz hatchback is based on the ALFA platform (Agile Light Flexible Advanced Architecture). This platform is flexible enough to accommodate different body types and engines.

The render shows the side profile, which looks similar to the Altroz hatchback. However, the image has extended rear overhang and bigger rear doors for better ingress and egress. The render gets Altroz like sleek and sweptback headlamps, and signature Tata grille. The overall length of the car has increased to accommodate third row of seat.

The new render also has blacked out alloy wheels with red calipers, which gives it a sporty avatar. Adding to it, the MPV sits lower than the hatchback. All four wheels get disc brakes, while the rear gets slightly different design.

The Tata Altroz hatchback is available with 3 engine options – a 1.2-litre naturally-aspirated petrol, a 1.2-litre turbocharged petrol and a 1.5-litre turbo-diesel. The naturally-aspirated petrol engine produces 86bhp and 113Nm of torque, while the turbo-diesel engine is good for 89bhp and 200Nm of torque. Both engines are available with a 5-speed manual gearbox. The 1.2L turbocharged petrol engine is capable of producing 108bhp of power and 140Nm of torque. A 5-speed manual gearbox is offered as standard. The hatchback will also receive a DCT automatic gearbox at a later stage. 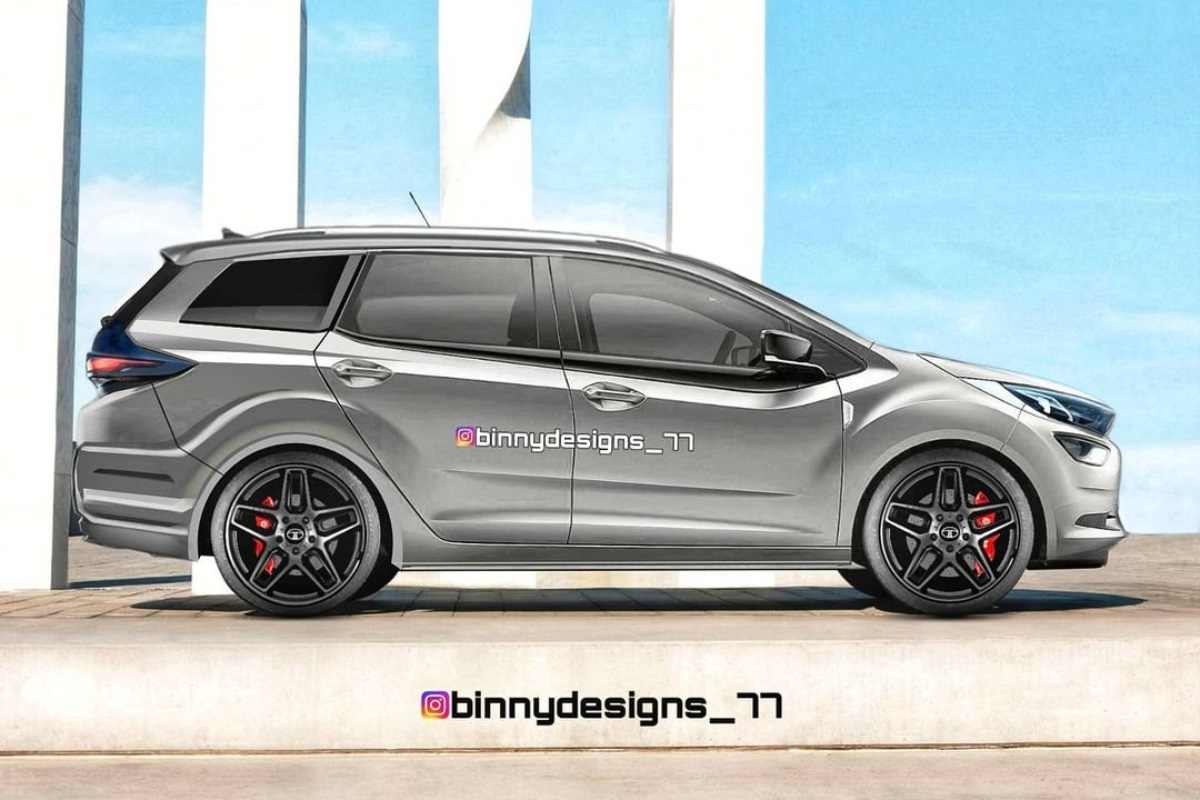